Like the town they hail from, Fortunate Losers is anchored in rock but diversified enough to surprise you.  The ambitious band from Sudbury, Ontario -- Canada's nickel capital -- epitomizes the hard-working people of its hometown.  They deliver a rock sound that is fresh and modern, while reminiscent of the 90's grunge era;   they can also draw on the vocal range of lead singer Devon Cox to hit you with an 80's style hair band ballad, that begs the listener to sing along and attempt to reach the high notes.

The band was formed by Cox and bassist Brent Boileau and the pair auditioned a few drummers before finding a raw chemistry with Dan Moir, whose kick-ass beat solidified the sound that has become Fortunate Losers.  More recently, the addition of guitarist Brad Giffen turned the trio into a four-piece, adding more grit and allowing the versatile Cox to focus more on the microphone.

In April 2018, Fortunate Losers packed one of its favourite hometown live music venues to officially release its first album, Cut Teeth, which caught the attention of Canadian Beats reviewer Gerrod Harris, who championed it as a strong full length album.

"Fortunate Losers put out a ten track release that, while highly reminiscent of 90's grunge, feels distinctly modern and exciting," wrote Harris, proclaiming that the band's musicianship and unique songwriting positions them on equal footing with some of the province's top rock artists.  "Cut Teeth has a very strong vibe that is unlike any other in the Canadian independent music scene."

Powered by the new album, Fortunate Losers had a memorable summer of 2018, landing a number of supporting slots alongside international touring artists such as The Trews, Billy Talent, Big Wreck and Pop Evil.  In the fall, they focused on the release of their first two music videos for Silouhettes Divide (Alice), which premiered on The Spill Magazine, and Pocket Candy,  produced by The Trenches Media Inc. and released exclusively on Pure Grain Audio.

The album Cut Teeth aims to represent the grind that we all face, making the necessary time investment to accomplish anything worth achieving.  Fortunate Losers will always be that band -- the one willing to put in the work to earn its stripes.  Case in point, they'll be towing their gear more than 1,500 kilometres to Canada's east coast in March to connect with new audiences in New Brunswick and Prince Edward Island, and are always eager to expand their reach. 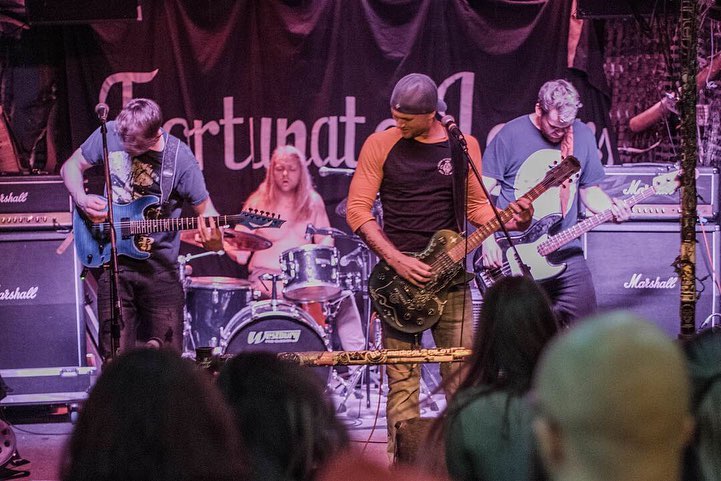