With the release of the “Dino Droppings” EP, Sound Drown brings a fresh feel to some classic genres. Lush with addicting progressions, an edgy pop vocal approach, and persistent alternative undertones, the record boasts the aesthetic of pop-punk anthems. Although the songs are diverse from one another, there is a glue that holds them all together much like a concept album would.

The first single, “(Bittersweet) Fault Line”, is an instant classic as far as melodic rock goes. Complete with guitar hooks, explosive musical climaxes, and an energy that can’t be matched, the song seems to breathe as it plays on.

“I think ‘Fault Line’ sums up what the song is all about, ya know? The whole song talks about being stuck in a conflict with someone, and wishing it might be different, and I think that ‘(Bittersweet) Fault Line’ kind of says that all at once. The emphasis on ‘Bittersweet’ really adds to that, and gives you the understanding of the mixed feelings for someone,” explains the band of their single.

Although the single does speak volumes for the EP, to get a real understanding for where Sound Drown is coming from, it should be heard in its entirety.

“We are usually labeled as a punk-pop band, however, that’s not why our name is Sound Drown. We want to push the boundaries of what we’re capable of doing, and that could include mixing different styles together. With that in mind, ‘Living Song’ is different than ‘Dino Droppings’, which is different than ‘That One Song’, etc. We hope to go further with this in the future,” says lead vocalist / bassist Brandon Wiseman of the songwriting approach for the EP.

Sound Drown was originally formed by founding member Brandon Wiseman. Having songs written for the band, Wiseman began putting together the lineup with himself sticking to bass and lead vocals. Agreeing to test the band’s chemistry by playing covers to start enabled him to find the right people for the band. Wiseman ended up going through numerous lineup changes and several shows before finally finding drummer Drew Neathway, lead guitarist / backing vocalist Nick Ryan, and rhythm guitarist / backing vocalist Justin Goss. It wasn’t long before they were able to release the debut EP, “Dino Droppings” and the record is a testament to where the band is with their sound right now. 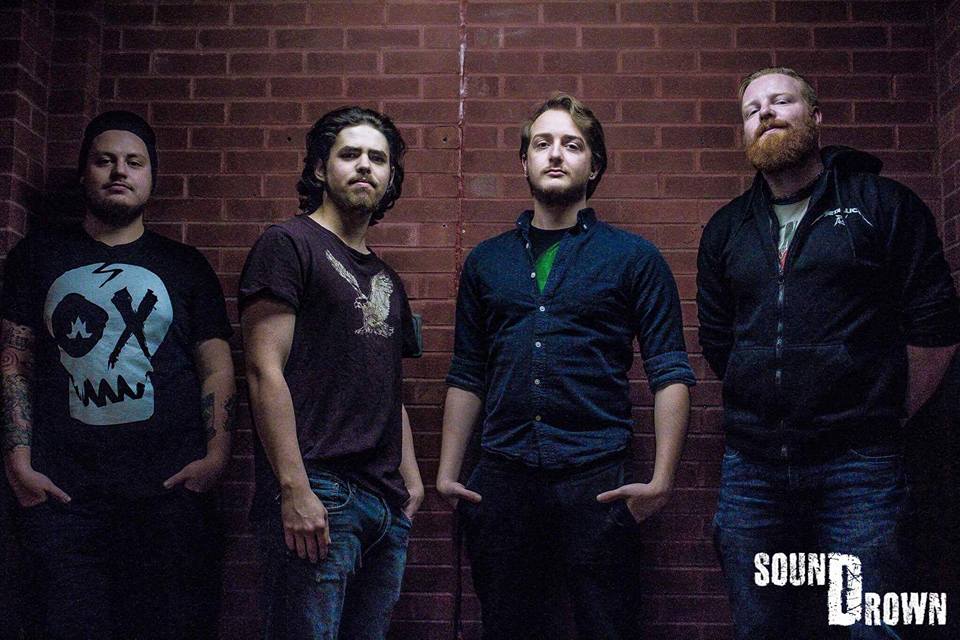