In Carl Sagan’s Cosmos (1980), he writes, “Our origin and evolution have been tied to

more to the point, we are Stellar Ash.

Stellar Ash is: Dave, Dave and Not Dave.

In the spring of 2017, Dave (guitar and vocals) asked Dave (bass) and Not Dave  (drums) to play with him at an upcoming benefit show because he booked the gig  under the pretense that he had a band and, indeed, he did not.  The two rhythm section players agreed and the three played the gig. Nay, they  ROCKED the HOUSE!!

Since then Stellar Ash has performed many shows around Niagara and parts of  Ontario, produced their self-titled debut album, made it to the top 5 of 97.7 HTZ FM’s  popular Rock Search contest and were nominated for 2 Niagara Music Awards.

Not bad for three Suburban, working-class dads from Niagara. 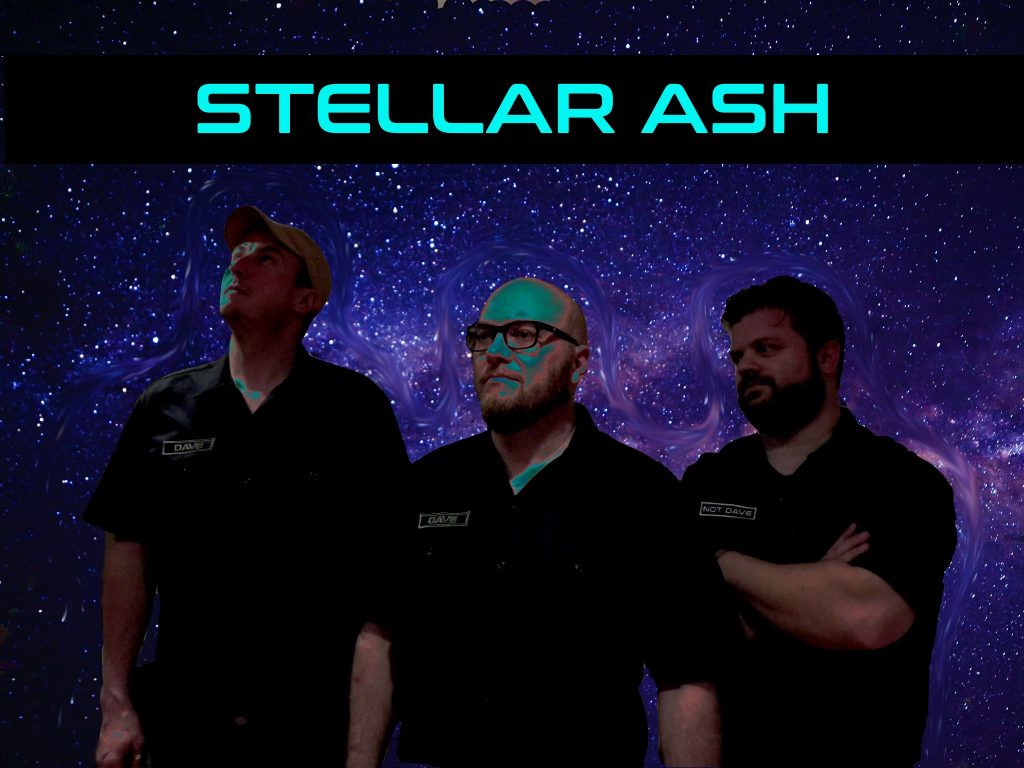