Skip to content
The Yonge Collective is a four-piece indie rock project from Toronto that blends intoxicating acoustic folk harmonies with a driving rhythm section – but it’s not just that. The Yonge Collective is the history, passion, and hard work of four old friends distilled into a sound as authentic as the people who make it. It’s the strong voice and attentive guitar work of Evan Denley; the confident harmonies of Tanner DaRocha; the driving bass and instrumental diversity of Graham Bieri; the steady beating heart of Brian Balogh’s drums. The Yonge Collective is an example of what kind of music people make when they know each other as well as they do their instrument, with a bond that’s more than merely creative.
2019 has seen the band grace the stage of the Legendary Horseshoe Tavern, Yonge-Dundas Square, The Warehouse concert hall, The Cameron House, and featured multiple times at Brooklynn Bar’s Queen West County Line, and Nightowl’s North County Line.
LOCATION: Toronto, Ontario 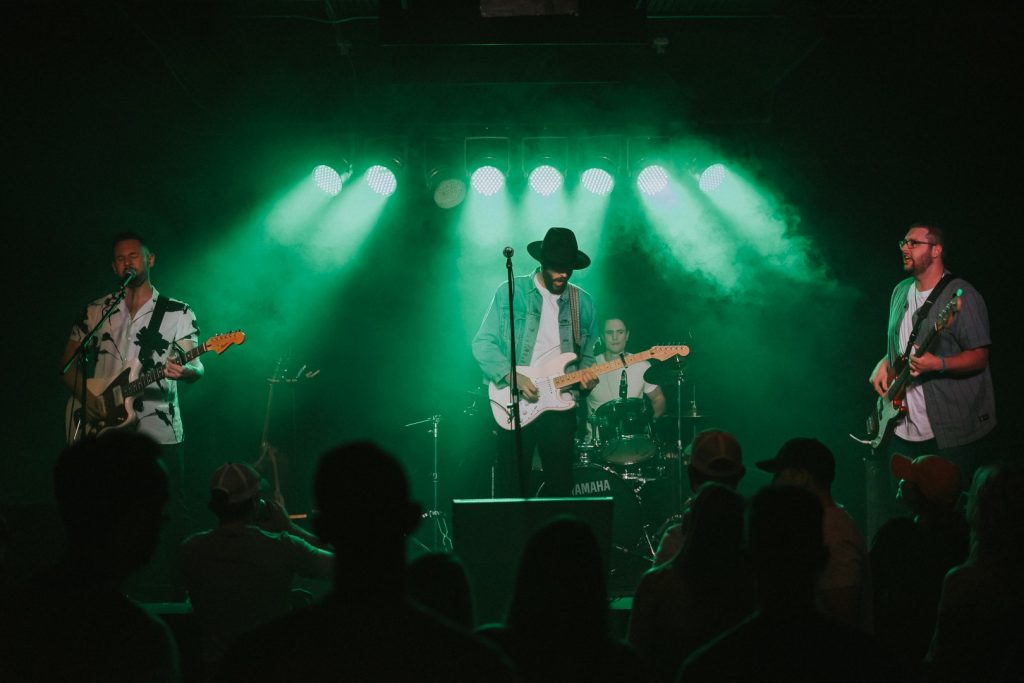