Skip to content
Hailing from Hamilton and Burlington ON respectfully, the Whiskey Chasers Band offers the best of Chicago style blues with a side order of classic rock. The Whiskey Chasers pride themselves as being a feel-good band with all four members participating in singing and harmonizing their songs. Lead singer/saxophonist Dean Hunt will work the audience into a frenzy with his husky voice and soulful tenor sax solos while lead guitarist Marcus Starr displays his virtuosity and expertise on his craft. The band is backed by Robert Sears on bass and Steve Tomalty on drums; both exceptional instrumentalists.

The Whiskey Chasers Band met onstage playing blues at local jam sessions in 2017. They immediately enjoyed a comradery and decided to form a band. Naturally, the band would display the joy and energy that each member brings, and audiences throughout the GTA have responded to this. The band’s reporter consists of Chicago blues hits Hoochie Coochie Man, blues rock standards Bad to the Bone and New Orleans is Sinking, to 90’s hits ranging from Tom Petty and Sublime.

The Whiskey Chasers Band are a proven winner. They play exiting music with a passion and knowledge that creates the perfect environment for fun and good-times. That is what they band is about: having a good time. 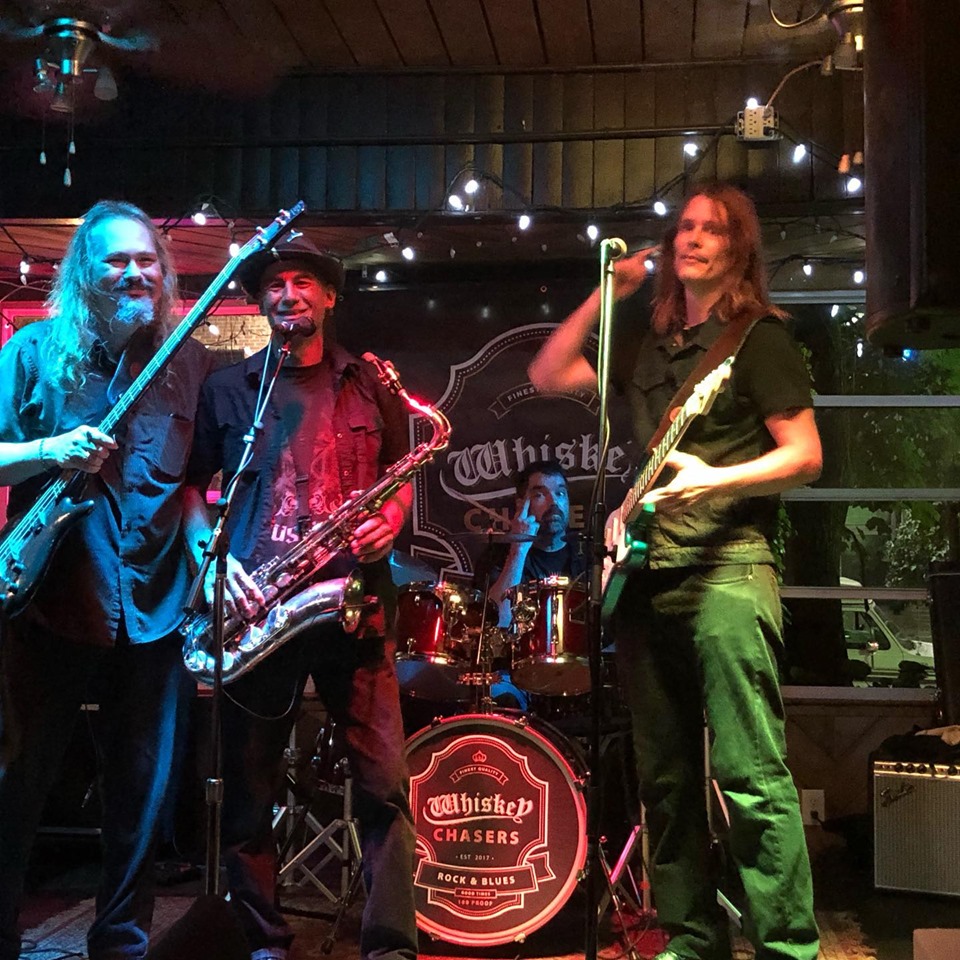